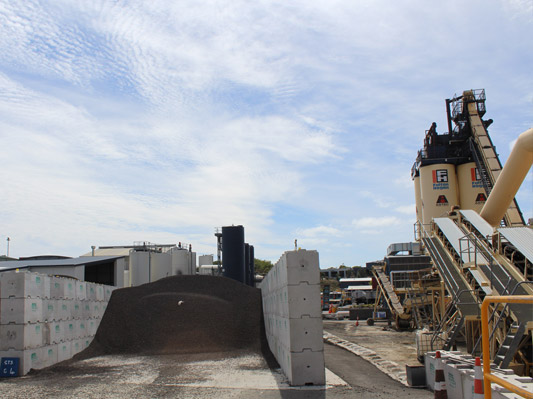 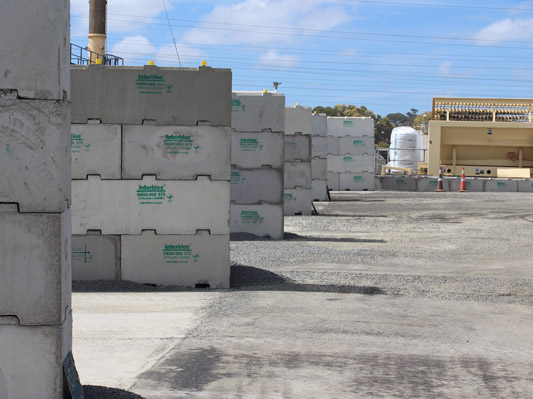 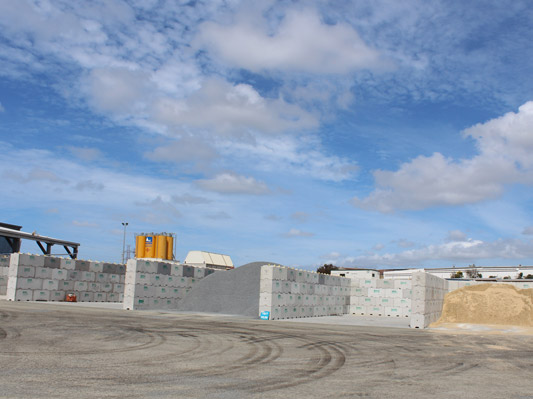 Fulton Hogan has a long history of operations around the South Pacific. More recently, Fulton Hogan has extended its operations into Australia and is rapidly growing a presence and reputation as a major contractor who delivers what they promise. Fulton Hogan sets high standards and in return looks for suppliers who match their organisational attributes and culture for success.

In 2012 Fulton Hogan undertook a substantial redevelopment of their regional HQ. A key part of the redevelopment was to improve the sites water management system as the aggregate would sit in puddles of water which led to wet aggregate being used in the production of bitumen.

In addition, during the redevelopment of the site, the Project Manager of the site redevelopment saw an opportunity to improve the overall efficiency of the yards operations by upgrading the existing aggregate storage facilities. The existing system used old mass concrete blocks that didn’t interlock creating potential safety issues.

Fulton Hogan invited Interbloc to submit a storage solution for the yard, specifying six key criteria to be met:

Interbloc designed 2 x 6 bay bunkers 40m long and 20 m deep with a total cubic capacity of 2,500m³. The designs allowed for free flow of water from site. The solution was fully engineered and met Fulton Hogan’s high health and safety standards. The feedback since the opening of the redeveloped site has been excellent.

Alwyn van der Linde, Regional Manufacturing Manager, says Interbloc won the job because it is a fully engineered solution. The goal was to provide more efficient truck flows across the yard and improve health and safety. “Bunkers were custom designed and engineered to meet our strict standards. We also know that if our requirements change in the future that we can reuse parts of the solution again” explains Alwyn, “Interbloc is a company with a proven record of doing things correctly, they have formed many significant partnerships in the construction industry and we are happy to be included in that group.”

Truck drivers are finding it easier and quicker to complete deliveries, and appreciate the sites cleaner and more organised layout. Fulton Hogan have achieved their goal of improving the sites water management, at the same time as reinforcing their commitment to creating a healthy and safe working environment.