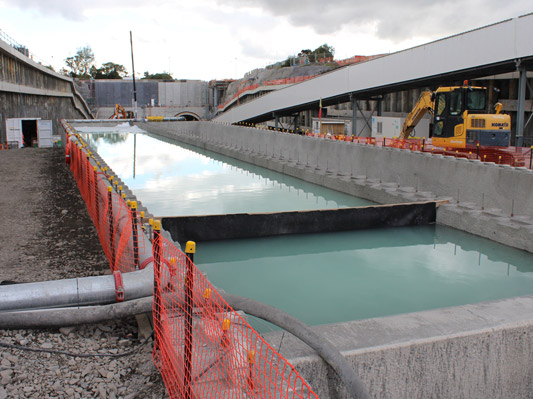 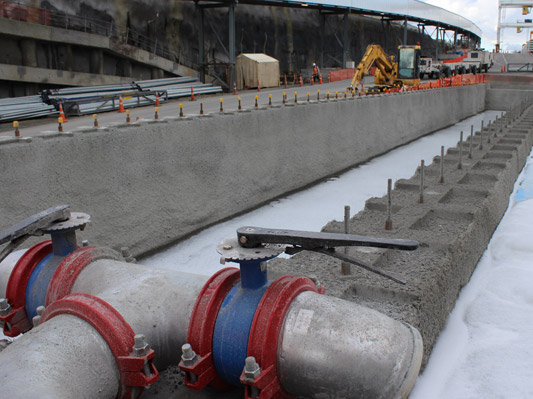 Well Connected Alliance has been tasked with constructing an infrastructure development that ranks as the largest roading project ever seen in the country.

This immense development, known as the Waterview Connection, is a $1.4 billion project that includes the construction of 4.8km of six-lane motorway. Even more ambitious is the fact half of this motorway link will be underground, making it the largest road tunnel in Australasia.

The extensive tunnelling process creates plenty of excess water and it is essential that this liquid is stored and treated. This is where Interbloc plays a crucial part.

Interbloc was contracted to supply blocks for the project and build a two-bay settling pond owing to a few key factors.

McConnell Dowell – a partner to Well Connected Alliance – chose Interbloc to provide the settlement ponds because its blocks were engineered and could be removed with ease at the end of the project.

“The flexibility of Interbloc made this an easy option for them. With these short time frames, Interbloc was the quickest and most cost-effective option.

“Installing an alternative system – which would have been solid concrete – would have taken a lot longer.”

Interbloc’s unique Buyback Guarantee also played its part in having the company on board. The scheme provided the customer with a level of security and assurance about the end result that only Interbloc could deliver.

“The added benefit is that because of the unique Interbloc Buyback Scheme, at the end of the project Interbloc will take care of the blocks,” Dion says.

“This is what got them over the line, because they only needed the blocks for a specific timeframe.

“We are happy to take the blocks back because we trust their quality so much.”

A total of 369 x 1200mm blocks and 9 x 1800mm blocks were used to create 130 lineal metres of wall that reached 1.8m high. It was sealed using shotcreate, which provides a watertight solution.